Welcome to the website of the Royal Tunbridge Wells Civic Society. The Society is an independent organisation which campaigns for the conservation and improvement of this attractive town with its important heritage and rich cultural life.


The long anticipated publication by the Local History Group on the history of old breweries in Tunbridge Wells by Guy Sankey has just been published. With fifty years experience in the licensed trade in the town Guy knows more about brewing in Tunbridge Wells than any other person. Over the years he has amassed a collection of brewery memorabilia that is second to none. His particular interest is Kelseys on St Johns Road. He has now used that knowledge to produce this account of the history, not only of Kelseys, but of seven other breweries in and around the town.

In A4 landscape format with 72 pages in full colour it costs just £9.95. You can get your copy by clicking on the link above to our Publications page and ordering on-line.

There is a special price to members of the Civic Society when bought directly from John Cunningham and details are on page 2 of the Autumn 2020 Newsletter.


Thursday 9th December 7.30pm at Tunbridge Wells Bridge Club, 40 London Road, Tunbridge Wells, TN1 1DL - 'Dowding's Victory' and Annual General Meeting - the evening will start with an illustrated talk by Andy Saunders. Air Chief Marshal Sir Hugh Dowding's place in winning the Battle of Britain is well known - especially to the people of Tunbridge Wells where he lived in retirement and where he died in 1970. Less well-known is that victory in 1940 could not have been won without the work he had done pre-war in building a command and control organisation. Without it, the battle could not have been fought, let alone won, and the lack of such a system was a large part of the fall of France. Dowding added his own brilliance in leading the organisation during the Battle of Britain, but what is surprising is how he later told the story in his Despatch to the London Gazette. It is a document riddled with inconsistencies, inaccuracies and historical howlers - and yet it became the framework for the Battle of Britain narrative. Andy Saunders reveals the story behind it, along with the machinations and controversies that led to its 1946 publication.

Signed copies of Andy's book 'Dowding's Despatch' will be available for purchase by members at the specially discounted price of 20 pounds (retail 25 pounds). 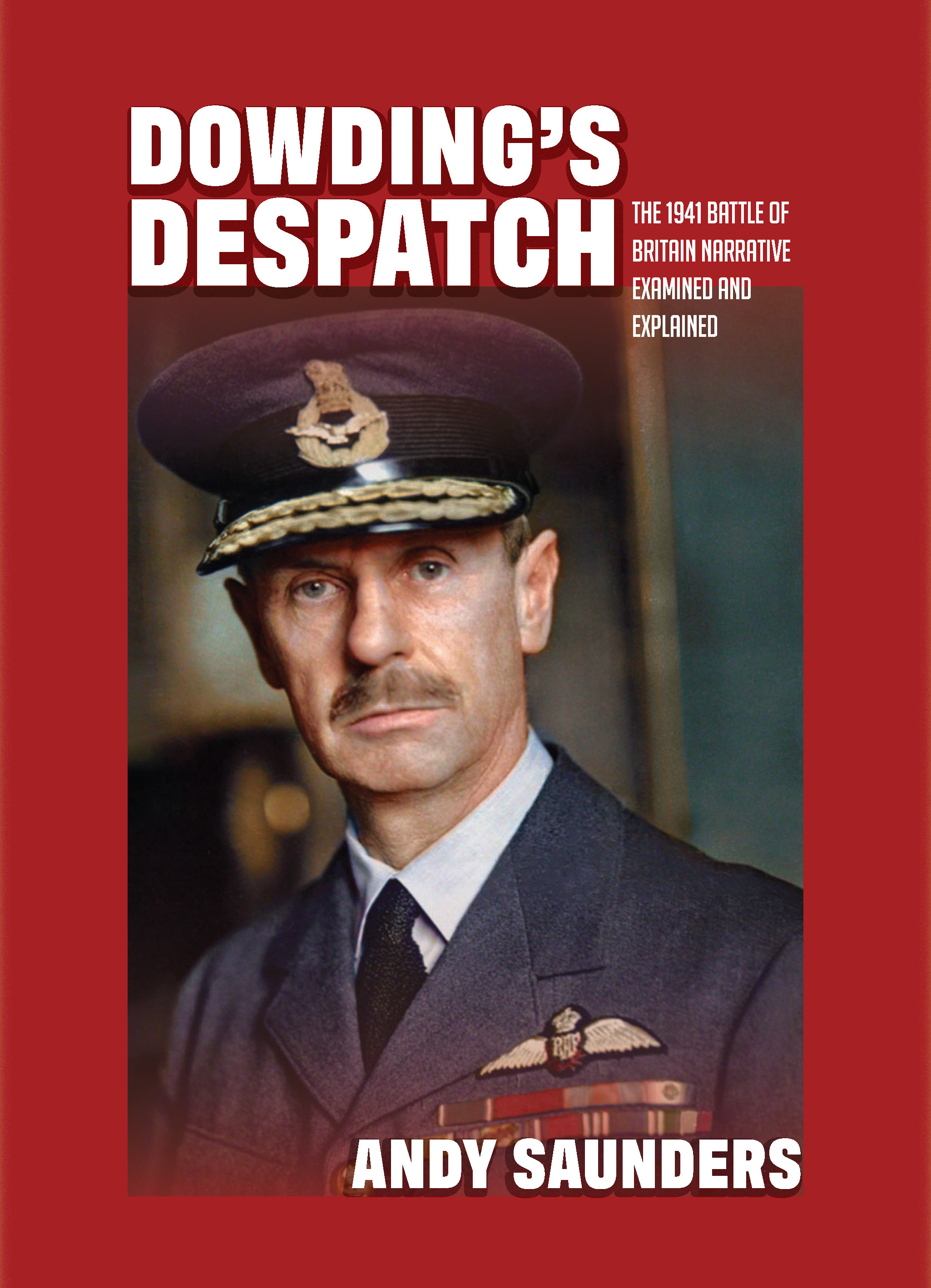 Following the award ceremony we will hold our Annual General Meeting which was postponed from the 11th November.

As this is the Christmas meeting the traditional refreshments of wine and nibbles will be provided after the AGM.